On March 26, 2010, my buddy Will and I attempted a one day ascent of Clouds Rest (CR) in Yosemite via the John Muir Trail. CR is due east of Half Dome and often appears in the background of that conspicuous boulder all those Yosemite Valley pictures: 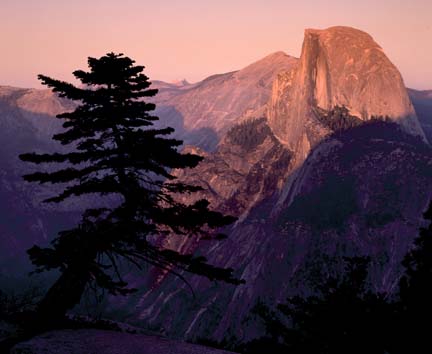 Clouds Rest behind Half Dome (an optical illusion, as CR is about 1,500 ft higher than HD)

Will is a 2:29 marathoner and I have completed 10+ mountain ultra trail runs.  I am writing this not to brag, but to put the effort of this undertaking into perspective for future hikers seeking to attempt this climb.  Summit Post describes a winter ascent as “arduous”, which is a pretty good description. Clouds Rest is nearly 10,000 feet high, which doesn’t sound all that bad until you consider that the Valley is only at about 3,900 ft altitude and a good chunk of the trails are covered in deep snow this time of year.  Consequently, a lot of people do this hike in two or even three days.

Will and I set out from Happy Trails at around 6:30 am and not a soul was on the trails.  Those who know how busy this section up to Nevada Falls can get, will appreciate how blissful that was.  The morning sun was starting to illuminate Glacier Point, Yosemite Falls and, of course, Half Dome.  We made it up to Little Yosemite Valley in no time and enjoyed hiking this flat section, which provided a quick but necessary reprieve for our climbing legs.  Since it was still early, the snow was frozen hard enough for us to walk on it without snow shoes allowing for speedy movement.  Later, on the way down, a lot of this section was slushy but with enough dry sections to make snow shoe use ineffective.

The rest of the way up to 7,000 ft (Half Dome trail cut off) was easy and smooth.  We took a quick break here to eat a bit and apply plenty of sunscreen.  Soon after, it was time to make use of the snowshoes.  The way up to the Pinnacles was both confusing and increasingly steep.  Without our GPS, we would have taken a much longer time to find our way.  There was neither an obvious trail nor previous foot/snowshoe prints to guide us.  The last two sections up to the base of the Pinnacles and then the base of Clouds Rest summit were very, very steep.  Soon enough though, we were at the final approach to the summit.

It doesn’t look all that steep, but once you’re on it, you realize that it, um, an ice axe would be nice. We reached the summit at noon.  The views from the top were incredible, but we quickly made our way down a bit, so as to avoid a summit descent in increasingly slushy snow conditions.  So, while a summit is doable without an ice axe, I would strongly advise to bring one, especially if you’re like me and a bit scared of heights :).

Will at the "Tippy Top" as one pair of hikers referred to the summit. (They would not make the ascent that day). 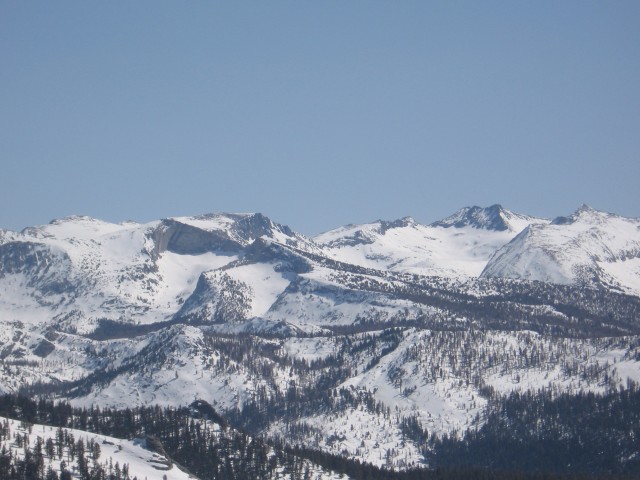 Southeast view from the 'Tippy Top'

The descent largely was uneventful.  We soon discovered that it’s much more fun and efficient to “ski” down in your snow shoes (yes, it’s that steep) or simply slide down on our butts. 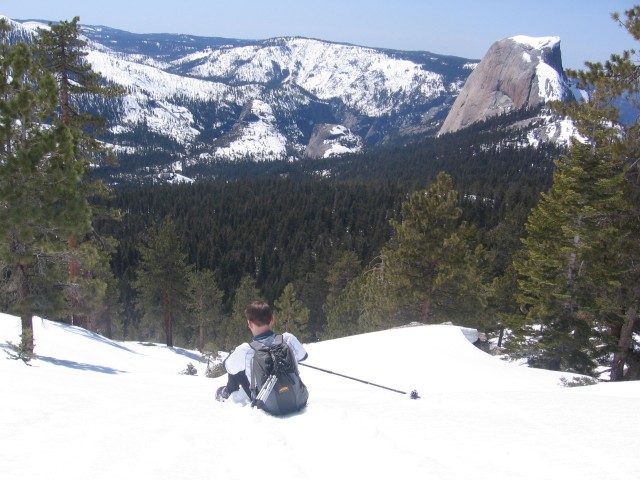 Will sliding down from the base of the Pinnacles

As aforementioned, the snow conditions were slushier now, so we used our snow shoes for as long as we could, which was almost all the way down to Little Yosemite Valley.  The overall descent took about 4.5 hours and could have probably been a bit quicker had we not spent a good amount of time taking pictures and filtering water (we lost several water bottles during our sliding descent, so we had to filter several times). 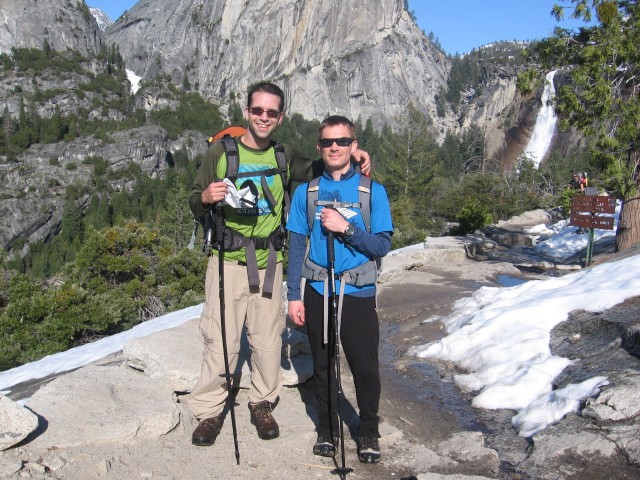 On our way down at Clark Point. We were a lot more tired that it may appear in this photo.

In the end, this was a glorious day!  I found snowshoes to be essential gear.  The GPS and poles we used were critical as well and saved us quite some time. And, as I mentioned, an ice axe would have been nice for the final approach.  Feel free to ask questions in the comments if you’re thinking of making this trip as well.

[Update] Here are some Google Earth screenshots of our trip: 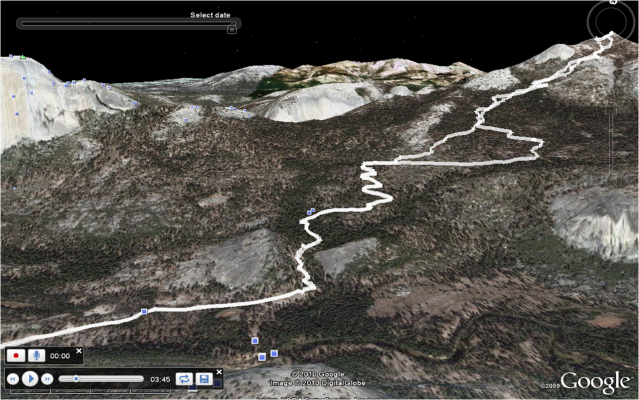 Little Yosemite Valley to the top (HD to the left)

View from the top

P.s. At the end of the trek we were treated to a bear sighting near our car.  Always awesome!

P.p.s. For you ultra-running nerds: As we were driving out of Yosemite, I saw a certain 7-time Western States winner.  I nearly shrieked with excitement.  He also saw me staring at him.  Smooth.  Very smooth.